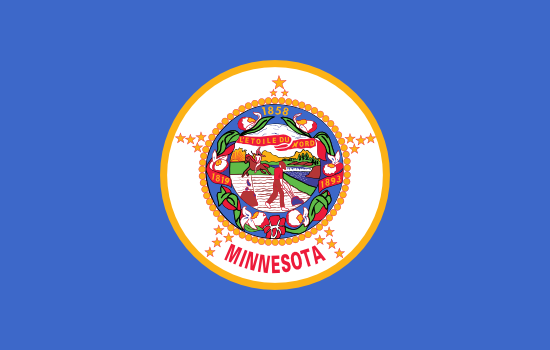 This page is all about unlawful termination settlements in the state of Minnesota. It’s unusual for good claims to go to trial, as they generally reach settlement out of trial. But if they don’t settle, there might be a trial, in which the plaintiff or defendant will win.

The table which follows shows a snapshot of the various kinds of cases filed as well as their numbers in the state of MN in 2017.

Michelle Johnson worked at White Way Cleaners as a presser. After she became pregnant, she was transferred from the dry cleaning plant to the store to work behind the counter.

While working the counter job, Johnson alleged that she was denied a raise because of her new role, the role she did not ask for.

After returning from maternity leave, she became pregnant again. She was fired within days of notifying her boss of her new pregnancy.

The EEOC sued the company for pregnancy discrimination and wrongful termination. White Way chose to settle the lawsuit with a consent decree, and paid $42,250 to the woman. Source

Ellucian is an IT company operating in Minneapolis. It was performing contract work on a college campus, and one of it’s employees stationed there was a male IT worker.

He told his colleagues that he plans on transitioning from male to female. The day after, he was removed from his job on the college campus. Title VII of the Civil Rights Act prohibits sex discrimination, including the discrimination of transgender individuals.

The removal of the IT worker for being transgender constitutes wrongful termination, so the EEOC sued the company. The case was settled through a consent decree, and the fired individual received $140,000. Source

Laurie Goodnough worked for Baywood Home Care in Minneapolis. She has 2 medical disorders that substantially limit her ability to walk and bend.

Goodnough was terminated after her supervisors complained to the company’s owner of the fact that she required a cane to walk. This violates the Americans with Disabilities Act, since the company should have engaged in a dialogue with the worker to see if reasonable accommodation could have been arranged.

The EEOC sued the company for wrongfully terminating her due to her disability. Through a consent decree, she received a settlement of $30,000. Source

Through a consent decree, it paid a settlement of $45,000 to Myrna Peltonen, a former manager, who was wrongfully terminated since she hired a black worker, despite the company owner having ordered her not to.

She hired the black worker to a permanent position, after he had been working for the company as a temp. He worked hard, and Peltonen thought it was unjust to not hire him because of his race.

Her termination in retaliation for standing up against racial discrimination violated Title VII. The EEOC sued the company on her behalf, and reached the settlement. Source

Discrimination at the workplace based on religion violates Title VII of the Civil Rights Act.

In this case, the EEOC sued a Minnesota based chicken processor, Gold’n Plump Poultry, and it’s employment agency, The Work Connection, for refusing to accommodate the religious beliefs of it’s Muslim employees and applicants.

Based on the consent decree signed by the company, Gold’n Plump Poultry will institute an extra prayer break, which will allow Muslims to pray during the course of the work day. The company previously refused to accommodate such breaks to it’s Muslim faith workers, and wrongfully terminated those who didn’t agree.

The consent decree signed with The Work Connection will provide monetary relief to applicants who were not hired, since on a specific questionnaire asking whether they would handle pork, they marked no (since Muslims cannot handle pork).

A total settlement of $365,000 was paid out to the victims of the religious discrimination. Source

The law protects not only employees from wrongful discrimination, but job applicants as well.

Such was the case when Tyeastia Green, a black woman, applied for an IT position with defense contractor Alliant  Techsystems in Eden Prairie, MN.

The woman went through several rounds of interviews with a recruiter, and was told that she will get the job. But instead of hiring her, the company hired a white male.

Green alleged that she was not hired because of her race, and contacted the EEOC. They sued the company on her behalf, and a consent decree was reached. She was paid a settlement of $100,000. Source

When viewing our catalog of wrongful termination settlements from Minnesota, remember the larger amounts are as a consequence of punitive damages. Punitive damages are brought to dissuade companies from doing the same sort of unlawful behavior. Punitive compensation is relatively uncommon. A large number of cases settle for between ten thousand to one hundred thousand dollars.

This unique selection of unlawful firing settlements and verdicts in MN is meant for informative purposes. Despite the fact that you feel similarity to any of these cases, keep in mind that each and every single case is different.

What is the average wrongful termination settlement/award in Minnesota?

If you think that you have been wrongfully terminated, it’s easy to understand that you want to find out how much money you are likely to be given for your wrongful dismissal case.

In the event that you reach settlement (or prevail in court), the total amount you obtain is basically based on the following: reason of termination, emotional distress, medical expenses, benefits lost, lost earnings and the costs of finding a new job. Punitive damages might also be granted in rare cases, if the company acted egregiously.

As you can observe from the sample claims in this article, giving a median settlement for unlawful discharge claims in MN is going to be really difficult because each case is different.

The average wrongful termination settlement in Minnesota is between $4,000 and $80,000. Lawyers are certainly effective in reaching a larger settlement.

The average court or jury awards are usually higher, around $100,000 and $500,000. This is one reason companies like to settle out of court.

Filing a wrongful discharge or discrimination claim in Minnesota

If you think you were fired for some kind of unlawful reason, read on to find out what you should do.

First of all, you will want to talk to a wrongful termination lawyer in Minnesota to ascertain whether you have a case worth pursuing.

Do not delay, because there are deadlines for filing wrongful termination claims in Minnesota.

Secondly, you will probably need to file a timely claim with the EEOC office in Minneapolis.

These are the steps you should take to file a wrongful discharge claim.