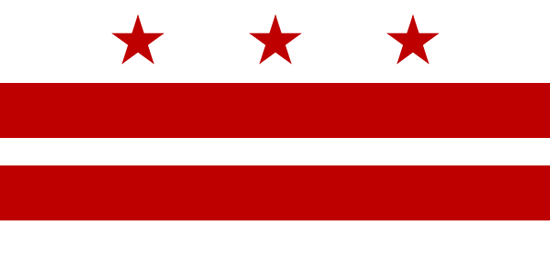 This web page is focused on wrongful termination settlements in Washington DC. It will be rare for good claims to go to court, for the reason that they mostly reach settlement out of the courtroom. But when they do not settle, there might be a trial, in which the defendant or the plaintiff will be the winner.

A lot of these cases have mixed settlements, which means that they implicated a single, or several claims of unlawful termination caused by gender discrimination, whistleblower, age discrimination, constructive discharge, workplace retaliation, breach of employment contract, firing in violation of public policy or pregnancy.

The table displayed provides a snapshot of the various types of cases filed in addition to their respective numbers in DC in 2017.

Title VII of the Civil Rights Act prohibits sex discrimination at all levels, including the sexual orientation of individuals.

Alejandro Hernandez worked at Paolo’s Ristorante in the Georgetown neighborhood. He was gay, and because of this fact, he routinely received harassment and offensive remarks from his colleagues.

He reported the unwelcome remarks to the company’s management, but they did nothing about it. In fact, they told him not to be so sensitive.

The EEOC sued the company on behalf of Hernandez. The company settled the case with a consent decree, and paid the employee $50,000. Source

The Americans with Disabilities Act protects not only existing employees, but job applicants as well.

Clarence Muse applied for a protective services position at Howard University. He had 40 years of experience in the field, including having been a police officer, detective, security guard, and a supervisor.

During the job interview, Muse told the person conducting the interview that he had kidney failure, so he preferred the evening shift because of his dialysis schedule. The University hired 40 security officers, but Muse was not one of them.

Discrimination due to a disability violates the ADA, since Muse was well qualified, and could have completed his tasks. The EEOC sued Howard University, and the case was settled for $35,000. Source

The EEOC sued the Blinded Veterans Association in Washington DC, after the organization allegedly discriminated against 2 employees based on their age.

The first employee, Lazaro Martinez, was 76 years old, and had worked for the organization for 34 years. A member of the board repeatedly asked Martinez when he would retire. Martinez replied that he was not considering retirement yet. A few months later, Martinez’s position was reclassified, and if he wanted to keep working at the BVA, he would have to compete for another job. The new job was given to a much younger candidate, and Martinez was terminated.

The second employee in the case, Suzanne Matthews, was 70 years old and had worked for the BVA for 15 years. Her supervisor also was very keen about finding out when Matthews would retire. She was soon terminated from her position, and when she applied for an opening, a younger and less qualified candidate was chosen instead of her.

The above clearly violates the Age Discrimination in Employment Act (ADEA), and the EEOC sued the employer. The case was settled by consent decree, and the 2 ex-employees received a $150k settlement for their wrongful termination. Source

When thinking about our listing of unlawful firing verdicts from the District of Columbia, take into account that the larger sums are as a result of punitive damages. Punitive damages are brought to prevent organizations from doing the same sort of inappropriate conduct. Punitive compensation is relatively uncommon. A good number of cases will settle for about $10,000 to a few hundred thousand dollars.

This unique report on wrongful termination verdicts and settlements in DC was created for informative purposes. Although you may feel similarity to any of these claims, understand that each and every single case is unique.

If you feel that you were wrongfully terminated, it’s easy to understand that you might want to find out approximately how much money you can expect to receive for your unlawful dismissal lawsuit. In the event that you settle (or win your trial), the total amount you receive is basically determined by these factors: benefits lost, job search costs, medical costs, mental anguish, reason of termination and lost wages. Punitive damages can also be awarded in rare situations, if the workplace acted egregiously.

As you can observe from the sample lawsuits in this article, presenting a median settlement for unlawful discharge cases in DC is going to be hard, since every case is different.

The average wrongful termination settlement in Washington DC is between $4,000 and $90,000. Attorneys can be helpful while brokering a higher settlement.

The average court or jury awards are generally bigger, approximately $110,000 and $400,000. This is definitely one reason why organizations prefer to reach settlement outside of court.

Filing a wrongful discharge or discrimination claim in DC

If you think you had been discharged for some kind of illegal reason, here are tips on what you should do.

First off, you will want to talk with a wrongful termination law firm in Washington DC to see whether you have a claim worth pursuing.

Ensure you don’t run out of time to submit the alleged claim, have a look at the Washington DC laws of limitations on wrongful dismissal.

Second, you are going to most likely need to file a timely claim with the EEOC office in Washington DC.

These are the steps you’ll want to take to file a wrongful termination claim.