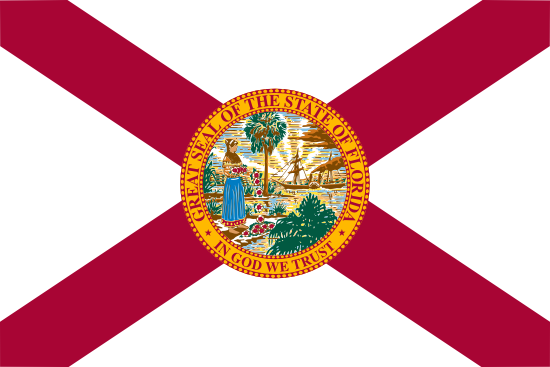 This report is mainly about wrongful termination settlements in the state of Florida. It’s rare for good claims to go to trial, for the reason that they typically settle out of the courtroom. But when they don’t reach settlement, there might be a trial, in which only one party will be the winner.

The table which follows shows an overview of the various types of claims filed together with their quantities in the state of FL in 2017.

On a business trip, he started making sexual advances at her. She refused, but the Commissioner kept making the unwanted advances and inappropriate comments to her for 6 months afterwards.

She was fired, allegedly for turning down the sexual advances.

Sexual harassment and retaliation violates Title VII. Ogden sued the county. The jury awarded Ogden $15,000 for medical expenses and $60,000 for mental anguish. The jury did not award any lost wages or benefits. Ogden then sought over $200,000 in attorney’s fees. Hillsborough County settled with Ogden for $278,000. Source

One of her subordinates was a 57 year old woman, who allegedly was not producing as well as younger workers in her unit. Stone was ordered by her manager to fire the woman, and hire a younger candidate.

She refused to fire the older worker, and she was terminated not long afterwards.

She sued GEICO for retaliation and wrongful termination in violation of public policy. The jury initially awarded her $800,000, but this was reduced to $265,000 in response to post-trial motions. Source

This case illustrated how Title VII of the Civil RIght Act protects employees from sexual harassment from not just employers, but customers as well.

Hurricane Grill and Wings was a franchise restaurant in West Palm Beach. A regular customer repeatedly harassed the female servers of the restaurant. The harasser would grab their breast and buttocks, and make unwelcome sexual advances.

The employees reported this to the restaurant’s management, but they did nothing to remedy the situation. One of the female servers was even fired after management learned that she hired a lawyer to file an EEOC complaint.

The class sexual harassment lawsuit was settled for $200,000. Source

Kara Jorud was a store manager for Michaels. She had worked for the company since 2001, and was a top performing manager. In July 2008, she was diagnosed with breast cancer, and had a double mastectomy carried out 1 month later.

The local district manager, Skip Sand wanted her to return to work during a 6 week medical leave, just a few days after her operation, since she was expected to fix the high-volume store’s failing operations. In October, while receiving chemotherapy, she was fired from her job. She lost her medical insurance due to being fired, and went broke trying to keep her home from foreclosure.

Jorud sued her former employer claiming that Michael’s interfered with her right to take medical leave (in violation of the Family and Medical Leave Act) and wrongful termination.

Dawn Bowers-Ferrara worked for Nestlé Waters in Tampa as a business and finance manager. She had worked for 20 at Nestlé.

She applied for a new job opening at the company, the position of Florida Zone Business Manager. She was passed over the job in favor of a male applicant, who didn’t even meet the minimum requirements from the job description.

Bowers-Ferrara was the victim of sex discrimination, since she was treated less favorably than males. The EEOC sued Nestlé on her behalf. The case was settled through consent decree, with the victim receiving $300,000. Source

Quatavia Harden, who is African-American, worked as a bartender for a Clearwater adult entertainment club, Bliss Cabaret. She was hired by the club manager, Patrick Franke.

The owner of the establishment decided that he does not want any black waitresses working at the establishment, so he ordered Franke to fire her. The manager objected the racist behavior, and refused to comply with the request. As a result, the manager was suspended and then fired. The bartender was also terminated.

The EEOC sued the company for racial discrimination and retaliation. The owner of the business failed to appear in court, and as a result, $365k monetary relief was granted to the victims. Source

Through a consent decree, Baptist Health South Florida, Inc., one of the biggest health care companies in Southern Florida, paid a settlement of $215,000 to a wrongfully discharged doctor.

The EEOC sued the company on behalf of a general practitioner, Dr. Campos-Sackley, who had epilepsy. The doctor asked for reasonable accommodation through limiting her work day to 8 hours. The employer refused her request, and terminated her position.

This was in clear violation of the ADA, since employers are required to provide reasonable accommodation to disabled employees unless it causes an undue hardship. Source

Professor Ratliff was a tenured accounting teacher at Jacksonville University.

He was fired from his job 2009, after being critical of the Dean in an email, and complaining about violations of university rules.

The university had by-laws for firing tenured professors, but the they did not follow these set ruled with Ratliff. He sued the school for wrongful termination, and was rewarded $500k by the jury. Source

Here is another sexual harassment case from Hillsborough County.

Rob Turner was the Property Appraiser for Hillsborough County. He admitted that he sent pornographic emails to a female colleague and ex-girlfriend, Carolyn Filippone consecutively between 2007 and 2009.

Filippone refused the advances of her boss, and as a result, lost some of her job duties and was banished to a satellite office. She reported the events to the EEOC, but the organization did not take action on her complaint.

A news outlet learned of the harassment, and wanted to interview Turner. He fired Filippone as the article was being written.

The case did not go to court, since mediation was successful. A mediation settlement of $135,000 was paid to the wrongfully terminated ex-employee. Source

In a same-sex harassment and retaliation lawsuit, United Healthcare of Florida paid $1.8 million to an ex-employee who was put out to repeated verbal sexual harassment by a his boss.

The harasser, who was the former regional vice president of key accounts working out of the Sunrise facility, was reported to management several times by the victim, who was a senior account executive. Complaints were even made to the CEO of the parent company, but no remedial action took place. In fact, the company retaliated against him by denying him stock options & commissions, as well as subjecting him to disciplinary measures.

The victim could no longer tolerate the harassment, and had to quit.

The EEOC sued United Healthcare of Florida for sexual harassment and retaliation. The case was settled with a consent decree. Source

When thinking about our listing of wrongful termination settlements from Florida, remember the fact that the larger sums are the outcome of punitive damages, that are handed out to dissuade employers from engaging in the same inappropriate act. Punitive compensation is extremely uncommon. A large number of lawsuits will settle for between ten thousand to a couple of hundred thousand dollars.

Our report on wrongful termination verdicts in Fl is intended for informative purposes. Despite the fact that you feel similarity to any of these claims, understand that each and every case is different.

What is the average wrongful discharge settlement in Florida?

It is understandable that you want to learn the amount of money you can expect to get for your wrongful termination case. In the event that you settle, the amount of money you obtain is typically based on the following: medical expenses, lost earnings, reason of termination, lost benefits, costs of finding a new job and emotional distress. Punitive damages can also be granted in rare situations, if the company acted egregiously.

As you’ll notice from the example lawsuits mentioned above, giving a median settlement for wrongful discharge claims in Fl is actually challenging, as every case is different.

The average wrongful termination settlement in Florida is between $5,000 and $80,000. Attorneys can be helpful while working out a larger settlement.

The average jury awards are generally higher, around $110,000 and $350,000. This is a primary reason organizations choose to settle outside of court.

Filing a wrongful discharge or discrimination claim in Florida

If you think maybe you were discharged for an illegal reason, read on to find out what to do.

Most important, you should talk with a wrongful termination law firm in Florida to ascertain whether or not you have got a claim worth pursuing.

Make certain you have enough time to submit the claim, take a look at the Florida statutes of limitations on wrongful discharge.

Additionally, you will probably need to submit a timely claim with the EEOC in Miami.

Here are some guidelines on filing a wrongful termination claim.