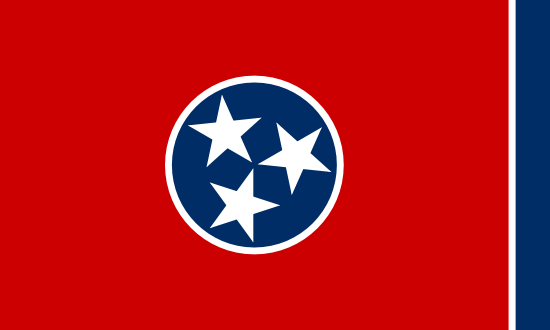 This article discusses unlawful discharge settlement amounts in the state of Tennessee. It is usually uncommon for good cases to go to trial, simply because they quite often reach settlement out of the courtroom. However, if they do not reach settlement, there’s always a trial, where the employee or the employer will be the winner.

A lot of these cases incorporate mixed settlements, which means they involved one particular, or possibly a number of claims of wrongful firing as a consequence of gender discrimination, age discrimination, constructive discharge, disability, pregnancy or race, color, national origin, religion discrimination.

The data below shows an overview of the various types of cases filed in addition to their volumes in the state of TN in 2017.

Paramount Staffing is an employment agency operating in Tennessee.

The company was recruiting temporary employees for warehouse worker positions for Technicolor, but the company was only hiring Hispanic employees. It was rejecting applicants from all other races. An employee was even terminated wrongfully for speaking up against the discriminating practices of the employment agency.

The EEOC sued the company after receiving several reports from rejected applicants for violating Title VII of the Civil Rights Act. Race cannot be a decisive factor in taking employment decisions.

The case was settled with a consent decree, Paramount paid a settlement of $585,000. Source

McKayla Black started working for the Sheriff’s office in 2008. She was promoted to booking officer, but after she became pregnant in 2011 and she was demoted to jailer.

She complained about the discrimination to her lieutenant, but she was retaliated against by getting 6 disciplinary write-ups. Further complaints to the acting Sheriff, Robert Arnold, resulted in her getting a 3 day suspension. Following this, the sheriff failed to promote her to a position she was suitable for.

She sued the County, alleging she was fired for political reasons, given that she backed Sheriff Arnold’s opponent. The sheriff’s office ultimately settled the case out of court for $137,500. Source

Vicky Crawford worked for the Nashville School System for 30 years. She was in charge of payrolls.

The county approached Crawford within the context of an official sexual harassment investigation about the newly hired employee relations director for the Metro School District, Dr. Gene Hughes. Several reports of sexual harassment were made against Hughes, and Crawford cooperated with the investigator, describing the sexually inappropriate behavior Hughes carried out multiple times.

The investigation found that Hughes was indeed acted inappropriately, but no real disciplinary action had taken place. However, Crawford and 2 other witnesses who had provided evidence against Hughes were terminated.

This case is interesting because Crawford did not report sexual harassment, she merely cooperated with the investigator, but she was still fired in retaliation for doing so.

She sued the city for violating Title VII, but her case was initially thrown out because she did not contact the EEOC before the lawsuit. The Supreme Court reversed the decision, and she was awarded $1.5 million by a jury. Source

The EEOC sued the company for violating the Americans with Disabilities Act, when it tested all of it’s Lawrenceburg, TN plant employees for the presence of 12 drugs, 7 of which where for legally prescribed medications.

The company also made public the list of employees who tested positive on the test.

The firm violated the ADA on numerous counts. They did not take into consideration the individual circumstances of the employees who tested positive for prescription drugs, and whether taking them had any effect on job performance.

The case was settled with a consent decree, where the affected employees received a total settlement of $750,000. Source

SFI of Tennessee is a manufacturer of heavy-gauge steel products.

Three African-American employees were hired by the company in the Spring of 2010. During their short employment with the company, each employee was given raises and commendations on their performance, yet in November, they were all laid off and replace by white employees.

They reported the events to the EEOC, who sued the company on their behalf for violating Title VII of the Civil Rights Act. The case was settled after 2 years of litigation through a consent decree, the wrongfully terminated employees received a settlement of $210,000. Source

He had filed charges of race discrimination against the company, alleging that it was discriminating against African-American technicians. He was soon fired in retaliation for filing these charges.

Long contacted the EEOC and sued the company for violating Title VII, alleging he was wrongfully terminated in retaliation for opposing race discrimination.

A jury awarded him $2 million in punitive damages, $500k for pain and suffering, $29k for lost medical benefits, and $81k for lost wages. Source

The manager of a Regions Bank location in Memphis, TN developed hyperthyroidism, a disorder of the thyroid gland. The sickness causes extreme fatigue and anxiety, so she asked for a reasonable accommodation. She asked for a demotion to a less stressful and demanding position.

The manager was 61 years old at the time, and had worked for the corporation for over 30 years.

The bank did not accommodate her request, started treating her less favorably than younger managers, and eventually fired her, allegedly because of her age.

Regions Bank violated 2 laws in this case. The Americans with Disabilities Act by not accommodating her request for a demotion, and the Age Discrimination in Employment Act, by wrongfully terminating her because of her age. The EEOC sued the bank, which eventually settled the case through a consent decree. The manager received a settlement of $95,000. Source

A nurse started working for a Johnson City based nursing home in the fall of 2009.

One month into her employment, the company learned that she had HIV and fired her. They did not believe she would be able to perform her duties because of her disability, when in fact, she could have done so.

The nurse contacted the EEOC, who eventually sued the company on her behalf for violating the Americans with Disabilities Act by wrongfully terminating her because of her sickness.

The case was settled though a consent decree, the nurse received a settlement of $95,000. Source

This unique directory of unlawful termination settlements and verdicts in TN is meant for informational purposes. Even if you feel similarity to any of these claims, remember that each and every case is different.

What is the average wrongful termination settlement/award in Tennessee?

It is understandable that you might want to check approximately how much money you are likely to get for your wrongful discharge case.

In the event that you reach settlement (or win your trial), the total amount you acquire is mostly determined by the following: benefits lost, medical expenses, lost wages, reason of termination, emotional distress and job search costs. Punitive damages might also be awarded in rare cases, in the event the employer behaved egregiously.

As you can see from the example claims mentioned above, giving a typical settlement for unlawful termination cases in TN is actually very difficult, as each case is unique.

The average wrongful termination settlement in Tennessee is between $5,000 – $80,000. Lawyers can be helpful when it comes to reaching a larger settlement.

The average courtroom awards tend to be higher, between $90,000 to $300,000. This is one of the reasons companies prefer to reach settlement outside of court.

Filing a wrongful discharge or discrimination claim in Tennessee

If you think you were fired for an unlawful cause, read on to find out what to do.

First, you’ll need to speak with a wrongful termination law firm in Tennessee in order to discover if you have got a claim worth pursuing.

Make sure you don’t run out of time to submit your claim, look into the Tennessee statutes of limitations with regards to wrongful discharge.

Secondly, you will most likely need to file a timely claim with the EEOC Nashville Area Office.

These are the steps you need to take to file a wrongful discharge claim.