Again, these are approximations. It is impossible to get an exact number, because many settlements are not revealed to the public.

When you start thinking about suing an employer for wrongful termination, you’ll be tempted to think that your case could be worth millions in compensation.

The reality is that cases that reach a settlement or court awards into the millions of dollars are not the norm.

In most cases, the settlement you would receive is calculated based on your “damages”, the losses you incurred as a result of the wrongful termination. These damages need to be proven with documents for them to be taken seriously by a court or jury, and the employer.

These are the types of economic damages that can be included in the calculation:

Calculating lost back pay is based on the earnings you would have received if you would have stayed employed with the employer in question. This includes bonuses.

Earnings growth may also be part of this calculation, taking into account things such as regular pay raises, promotions, cost of living adjustments.

Plaintiffs are expected to mitigate their losses, which means they are expected to find a similar job as soon as possible. If the sued employer proves that the fired employee failed to mitigate, even though he/she could have, the calculated mitigation sums may be deducted from lost earnings.

Accounting for lost front pay enters the equation when the fired worker finds a new job with a lower salary. Labor market studies have shown that it takes a person 3-5 years to catch up with pre-discharge salary levels, meaning that front pay may be awarded calculating for this difference.

Benefits are a substantial part of most workers’ compensation packages, so they need to be included in the economic damages calculations.

Benefits include things such as:

If the fired employee’s insurance coverage changed due to the termination, extra medical expenses might have been incurred.

Also, the expenses of dealing with the emotional distress causes by the termination may be included.

Job seekers may incur costs in their efforts to find a new workplace. Based on a study, plaintiffs who filed for this type of damage received an average settlement 3 times higher than those who did not claim job search costs.

Data like this needs to be considered in conjunction with the other specifics of the claim. Perhaps the case was handled by more experienced lawyers, who knew how to effectively raise the damages during their calculations.

Emotional distress is also known as “pain and suffering”. Amounts awarded for emotional distress cannot be calculated in advance, as it is entirely up to the jury. A jury will award such damages if the egregious actions of the employer caused true emotional distress, which can be verified by a psychiatrist/psychologist.

We have seen many occasions, where a jury awards a considerable amount for emotional distress, which is later reduced by the judge.

Sometimes the fees paid to your attorneys may be recoverable.

Punitive damages are awarded by a jury or court to punish employers who have committed an egregious offense. Such damages may very well amount to millions of dollars, but are very rare.

When you claim that you’ve been wrongfully terminated, you must prove why. There are only a handful of valid wrongful discharge reasons, such as discrimination, whistleblowing, etc.

Some types of claims are worth more than others.

For example, whistleblowers who expose a company cheating the government may be eligible to receive a percentage of the recovered sums, which can easily be millions of dollars. On the other hand, collectively filed racial discrimination class action lawsuits usually resolve with a lower payment to each victim. 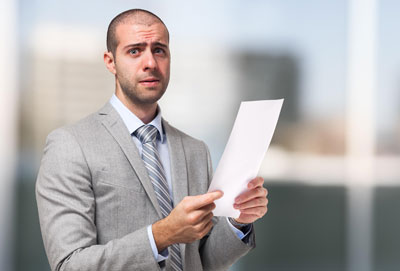 If you feel your have been wrongfully terminated and have sufficient evidence to prove it, you may pursue your claim against your ex-employer.

At this point, hiring a lawyer becomes a very good idea. Not only because of the lawyer’s legal knowledge, but also because of his/her experience with similar cases and ability to negotiate a larger settlement with the employer.

The average fee of lawyers is around 30% of the settlement received. Even if you deduct this amount from the final settlement, you’ll still be left with more money than if you went at it alone.

When you receive a first settlement offer from your ex-employer, it should never be accepted. Strong negotiators will get a higher settlement.

Settle or go to court?

Litigation is expensive and lengthy, both for the employer and employee. Some court cases run on for years, which places a real burden on all affected parties.

Even if you feel your case is very strong, it is wise to aim for negotiating a settlement and avoiding the courtroom. Do not to underestimate the emotional and financial impact years of litigation can have on you and your family either. Coupled with the uncertain outcome of court cases, most wrongfully fired employees choose to settle out of court when possible.

The court favors out of court settlements as well. In fact, some states require some for of dispute resolution prior to going to trial.

An out of court settlement is usually the best case scenario for both the employee and the employer.

Providing an average out of court settlement for wrongful termination cases is not possible, simply because public disclosure of settlements is obligatory only in specific cases (EEOC, when the employer is a government body and the settlement affects tax dollars, etc.).

You can browse the EEOC’s press releases for workplace discrimination settlements.

Our own website provides a large number of wrongful termination case descriptions and settlements categorized by state as well.

How to increase the average wrongful discharge settlement?

A survey by nolo.com revealed that the cases that saw higher average settlements had a few things in common:

If you want to find out the steps in filing a wrongful termination suit, read this.

Want to join the discussion?
Feel free to contribute!